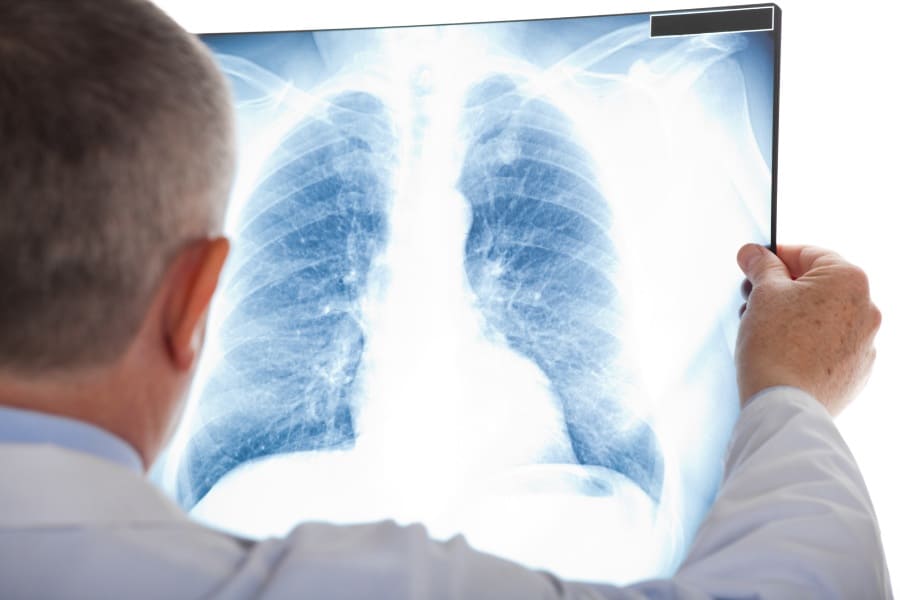 Nontuberculous Mycobacteria (NTM) are a group of almost 200 species commonly found in the environment (particularly in soil, dust, and water). While they are in the same group of bacteria that causes tuberculosis, these microorganisms do not—but they are opportunistic and can cause a range of health problems that vary in severity.

While NTM has traditionally only affected those with compromised immune systems or weakened lungs, NTM have recently been found to infect otherwise healthy children and adults. The incidence and number of deaths caused by NTM are rising worldwide, especially in tropical areas. This is cause for concern—the Tropics continue to expand due to climate change, which means more people will be affected over time, and treating NTM is difficult due to its resistance to antibiotics.[1]

Below is a list of some of the most common symptoms.

Fatigue or Loss of Energy

Fatigue is a common symptom associated with nontuberculous mycobacteria. Energy loss can be difficult to quantify, as it impacts everyone differently. Some people may find they do not have the same energy levels for the everyday activities they used to enjoy, while others may feel the urge to take naps more frequently throughout the day. This fatigue can lead to brain fog and lack of productivity, which can negatively impact a person’s overall quality of life.

Chronic cough is another common symptom associated with NTM disease. This is due to changes in airway metabolites that are eventually released into the respiratory system. Bacteria can colonize around airways, which may lead to an increase in mucus production. A persistent cough can cause damage to the lungs and respiratory system and lead to coughing up blood.

More severe NTM infections can lead to coughing up blood from a patient’s lungs (hemoptysis). The amount of blood coughed up in 24 hours determines the severity of the hemoptysis, which can range from mild (less than a tablespoon) to massive (over 100-200 milliliters). Regardless of severity, hemoptysis needs to be addressed quickly, as even mild cases can escalate and lead to life-threatening complications.

In addition to chronic coughing, NTM infections can lead to other breathing difficulties, such as breathlessness or wheezing. Difficulties with breathing can result in reduced oxygen intake, which can result in hypoxemia (low levels of oxygen in the blood). Lack of oxygen may cause symptoms such as headaches, rapid heart rate, and can be life-threatening.

The presence of nontuberculous mycobacteria can cause pleurisy, or inflammation of the layers of tissues that separate the chest wall and lungs. Those suffering from pleurisy (also called pleuritis) experience pain when breathing or taking a deep breath.

Nontuberculous mycobacteria can cause pleural effusion and empyema (a buildup of pus between the lung and the chest wall). As an infection worsens, it can result in pleural thickening, deformities, and airway restriction. It is important to note that not all cases of nontuberculous mycobacteria cause pleural effusion and empyema.

Those with nontuberculous mycobacteria may experience a loss of appetite, which in turn can lead to weight loss. While some weight loss can be beneficial for those who are above their ideal weight, rapid weight loss or those who are already in their ideal weight range can lead to a variety of adverse side effects. These side effects can include gallstones, dehydration, malnutrition, fatigue, muscle loss, dizziness, and many other health problems.

The best way to deal with NTM is to avoid catching it in the first place, as treatment can be difficult.

The most common way NTM infections occur is when airborne particles containing the bacteria are inhaled. NTM is commonly found in soil and water around the world, so it is difficult to completely avoid potential exposure. While person-to-person transmission of NTM is rare, there are reported cases of transmission of M. abscessus in patients with cystic fibrosis.

While there are more cases of otherwise healthy individuals falling ill from NTM infections, most cases are in those who have compromised immune systems or lung disease, so it is important for the more susceptible to take precautions to help avoid contracting these pathogens.

The best way to avoid NTM is to avoid or limit exposure to areas where NTM can spread easily, such as shared or community showers, hot tubs, saunas, and areas that have sprayers that can create an inhalable mist. Those at a higher risk should also try to avoid areas with a lot of soil when possible (especially potting soil).

NTM infections are difficult to treat because the bacteria are extremely resistant to many antibiotics. Treatment usually requires a combination of drugs over an extended period, and even then, relapses are common.

At Crestone, Inc., we recognize the importance of finding effective treatments for pathogens that have developed antibiotic resistance. Due to a steady growth of new NTM cases around the world, our team of scientists are committed to researching and finding potential novel treatment options for those suffering from NTM infections and other mycobacteria.

We are developing a novel class of anti-mycobacterial agents (benzothiazole amides) that target the MmpL3 protein essential for cell wall synthesis. In collaboration with scientists at Colorado State University, the hit-to-lead program has resulted in CRS0393, an advanced compound that shows excellent potency against all mycobacteria tested, including multidrug-resistant strains.

CRS0393 is still in pre-clinical development, so no clinical studies are available for this drug candidate, and our team continues to research and develop this promising novel anti-mycobacterial candidate.

Nontuberculous mycobacteria can be serious, but it is not necessarily a death sentence. While NTM can lead to a variety of illnesses, these symptoms can often be treated. With the right combination of antibiotics (and possible surgery), there’s a chance these pathogens can be eliminated from a person’s body. With proper care and treatment, most patients infected with these bacteria can live a long and prosperous life.

However, as NTM continues to spread and infect more people, it is a cause for concern that needs to be addressed through research into novel treatments.

Become a Part of Our Projects

Interested in helping further our research into novel antibacterial agents? We’d be thrilled to have your help, either as an investor, a team member, or a participant in our ongoing clinical studies.

Find work in a team-oriented environment at one of the leading Colorado pharma companies.

Learn how you can become part of our ongoing clinical study to fight deadly GI tract infections.

Enrollment is Now Open for the 19-0021 Clinical Study