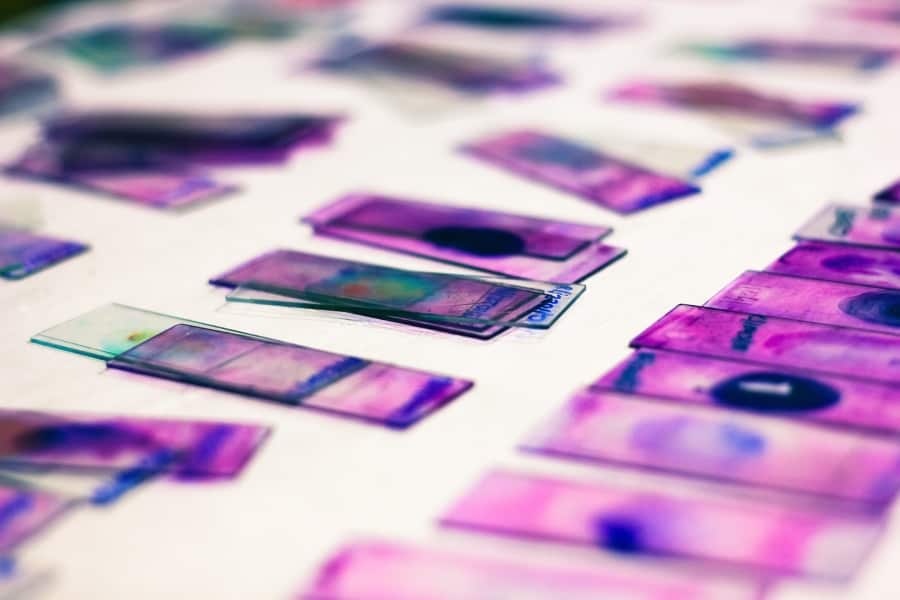 Understanding the difference between gram-positive and gram-negative bacteria is a crucial first step for diagnosing and treating bacterial infections. Both types of bacteria exist everywhere, but there are some key differences that set them apart. This article will explain some key similarities and differences between these two types of bacteria and provide an overview about how they are contracted and treated.

What are Gram-Positive Bacteria?

Gram-positive bacteria are surrounded by a thick layer of peptidoglycan and a complex cell wall. This cell wall can easily absorb foreign materials, which (as will be discussed below) is a key differentiator between gram-positives and gram-negatives.

Gram-positive bacteria can be found in humans and animals, soil, water, and throughout the environment. They can also be found in foods that are improperly prepared or stored (such as Bacillus cereus from undercooked rice, listeria from contaminated raw vegetables or meats, etc.).

What are Gram-Negative Bacteria?

These bacteria often cause infection when there is a breach in the body’s defense system. Gram-negative bacteria include Escherichia coli (abbreviated as E. coli), Klebsiella, Pseudomonas, and more. These bacteria can be found in the environment and improperly stored foods, such as salads and fish.

There are some similarities between gram-positive and gram-negative bacteria. Both are present throughout the environment, and they can be contracted by people and animals when exposure occurs.

There are different genera in both classifications that can survive for months on surfaces (gram-positives such as Enterococcus spp., Staphylococcus aureus (including MRSA), and Streptococcus pyogenes, and gram-negatives such as Acinetobacter spp., Escherichia coli, Klebsiella spp., Pseudomonas aeruginosa, Serratia marcescens, and Shigella spp.)[1], though gram-positives generally are able to survive for longer. This is why proper hygiene and sanitization is important—especially in medical facilities and areas where residents and visitors may have weakened or compromised immune systems (such as hospital, nursing homes, and daycare centers).

In addition to the ability for both gram-positives and gram-negatives to live on dry, inanimate surfaces for extended periods of time, both types can cause a wide range of illnesses that vary in severity.

Despite these similarities, there are some key differences between gram-positive bacteria and gram-negative bacteria. These differences impact how infections and diseases are treated and impact the efficacy of different treatment options.

Gram-positive bacteria are species of bacteria that have a thick peptidoglycan outer layer that absorbs antibiotics easily, making them easier to kill.

Gram-negative bacteria, on the other hand, have a thin peptidoglycan layer that is covered by multiple thin layers of membrane that can better-resist antibiotics. They do not easily absorb foreign materials due to their multiple layers of protection, making them more difficult to kill. Gram-negative bacteria are also quicker to develop resistance (learn more about antibiotic resistance in our article about the importance of finishing your antibiotics).

Both gram-positive and gram-negative bacteria exist everywhere, and both types of microorganisms occupy particular sites throughout the body. These colonies normally do not cause disease and are considered to be resident (or normal) flora. However, some of these microbes are considered be opportunistic, and can cause infection when a host’s immune system is weak.

Gram-positive bacteria can cause a variety of serious health problems and there are many teams of scientists and organizations that focus on treating and eliminating infections and diseases caused by these organisms.

However, the percentage of gram-negative bacteria that has developed resistance to antibiotics and treatments continues to increase, making these pathogens a major cause of concern.

Gram staining is a process that can be used to identify and differentiate between gram-positive and gram-negative bacteria. Gram staining, introduced by Danish bacteriologist Hans Christian Gram in 1882, is considered to be one of the most essential staining techniques in microbiology.[2]

One of the best ways to understand the differences between gram-positive and gram-negative bacteria is to examine the Gram staining process. A bacteria sample is placed on a slide and stained using methylene blue or crystal violet as the primary color. Depending on the cell wall structure, the bacteria will either retain the primary stain and appear purple or blue, or they will appear pink or red under a microscope after completing the staining process.

Gram-positive bacteria have a thicker peptidoglycan cell wall than gram-negatives and will absorb the violet dye and appear blue or purple under a microscope, giving them a blue or purple appearance.

Gram-negative bacteria have a much thinner peptidoglycan cell wall, meaning they absorb less dye, making them appear red or pink under a microscope.

At times, variation in colors can appear in a sample that has undergone the Gram staining process, known as gram-variable bacteria, which show as a mix of both pink-red and blue/violet stained bacteria. This means that the type of bacteria stains irregularly.

Infections caused by both gram-positive and gram-negative bacteria can cause a variety of health issues. They are present throughout our environment, so practicing proper hygiene and sanitization can help reduce the chances of contracting illness from them.

In cases of infection, properly identifying the type and species of bacteria through methods such as Gram staining is important to help choose the correct treatment option to help fight these pathogens. Gram-positive bacteria are responsible for many serious ailments across the world, but gram-negative bacteria continue to develop antibiotic resistance that makes treatment more difficult, making it a health threat that needs to be addressed in novel ways.

Become a Part of Our Projects

Interested in helping further our research into novel antibacterial agents? We’d be thrilled to have your help, either as an investor, a team member, or a participant in our ongoing clinical studies.

Find work in a team-oriented environment at one of the leading Colorado pharma companies.

Learn how you can become part of our ongoing clinical study to fight deadly GI tract infections.

Enrollment is Now Open for the 19-0021 Clinical Study